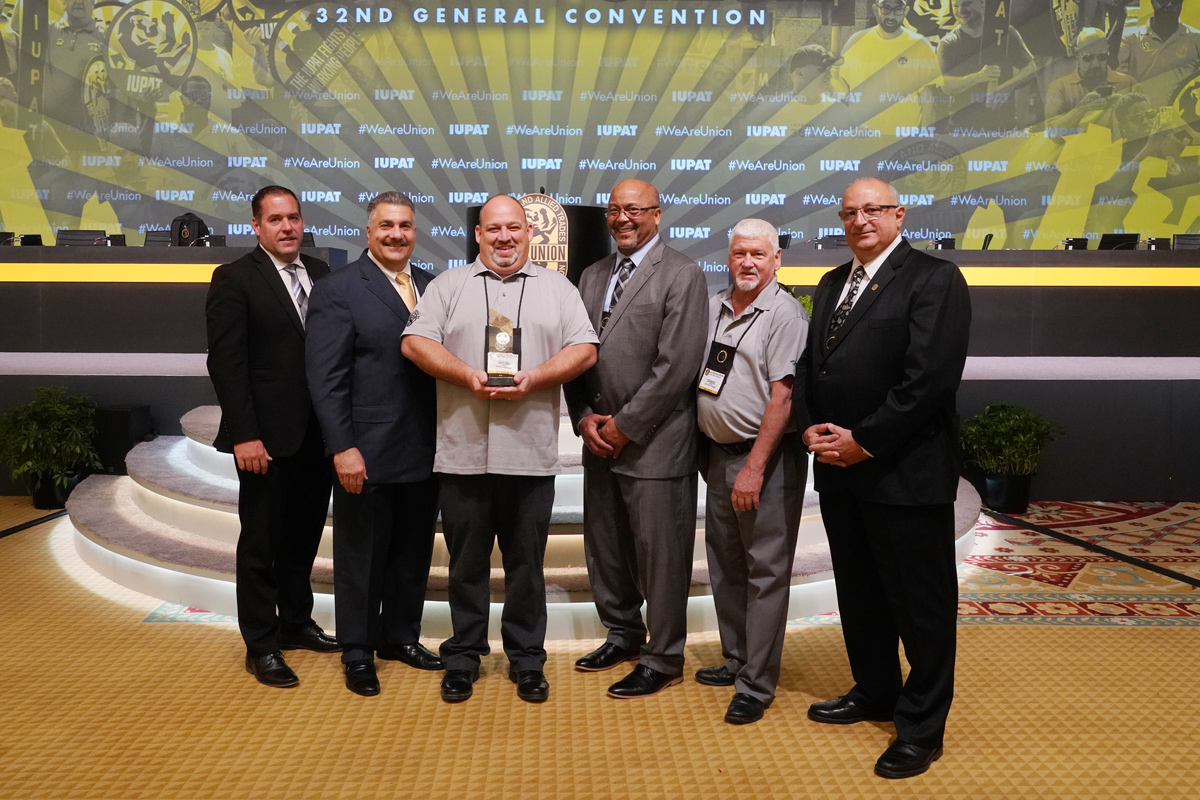 We the members of District Council 53 believe that organization and collective action is necessary to foster and adopt ways and means for continuous improvement of the working and living standards of all workers.

Thirty years ago construction workers in our country were the best paid and best treated workers in the world. Today we are not. Unfair contractors, wealthy real estate developers, and big business have conspired to undermine the proper place of hard working people like yourself in today’s economy. The present contracting practices in our industry have stripped all workers of wage increases that help them keep pace with the cost of living. Many have been denied wage increases while others have suffered pain staking cuts. Health care is no longer considered a necessity, not to mention, retirement pensions. All these benefits were once considered essential to the total well being of a worker and his family, but now are considered too expensive for most employers to pay in order to continue to stay competitive within today’s market place.

These present contracting practices have affected union and non-union workers alike. Workers are afraid to ask for a raise or in many cases have been willing to accept what an employer will pay or be faced with being replaced by another that is hungry enough to sacrifice everything in order to get or keep a job. Because of these practices, union market share and bargaining strength has greatly decreased. If we continue our present plight, the construction industry will have nothing to offer an individual that would have ordinarily considered entering the trades as an honorable means by which to provide for one’s self and family. Without legitimate changes real soon the standards the union fought so hard to establish will be gone forever.

Regardless of what you may think of the union you cannot deny that it is the union that established the very standards that ensure life and limb. The union fought to protect workers’ rights and establish safe working conditions. The union has constantly worked to improve workers’ wages and benefits, to maintain a respectable standard of living and to provide for the total well being of a worker and his family.

District Council 53 members are committed to uniting into one labor organization for all workers, by organizing the unorganized, lending assistance and aid to workers who are less fortunate than ourselves, to educate and train workers that may not possess the necessary knowledge or skills to command respectable wages and benefits, and to help establish safe and reasonable conditions of employment.

Our organizing staff is committed to righting many of the injustices found in the workplace today, particularly in the construction industry. Our training staff can also help you further develop your knowledge and refine your skills to make you a more valuable employee capable of commanding better wages, benefits and working conditions. If you have a problem with an employer, or you find you’re not getting your fair share, or would like to better yourself through our education and training programs contact us and we will help in any way that we can.

Determine today that you would like to have a part in the reshaping of your future and to reclaim respect, dignity and justice that are rightfully yours, by joining with us in our pursuit of our fair share.

IT IS UNLAWFUL FOR YOUR EMPLOYER, SUPERVISOR OR FOREMAN TO INTERFERE WITH, RESTRAIN OR COERCE EMPLOYEES SEEKING TO ORGANIZE OR JOIN A UNION.
Any of these acts listed below constitutes a violation of the National Labor Relations Act, as Amended.

IF YOU ENCOUNTER ANY OF THESE IN YOUR WORK PLACE DO NOT HESITATE TO CONTACT A REPRESENTATIVE FROM DISTRICT COUNCIL NO. 53 TO ASSIST YOU AT (304)546-2896
Scroll to top